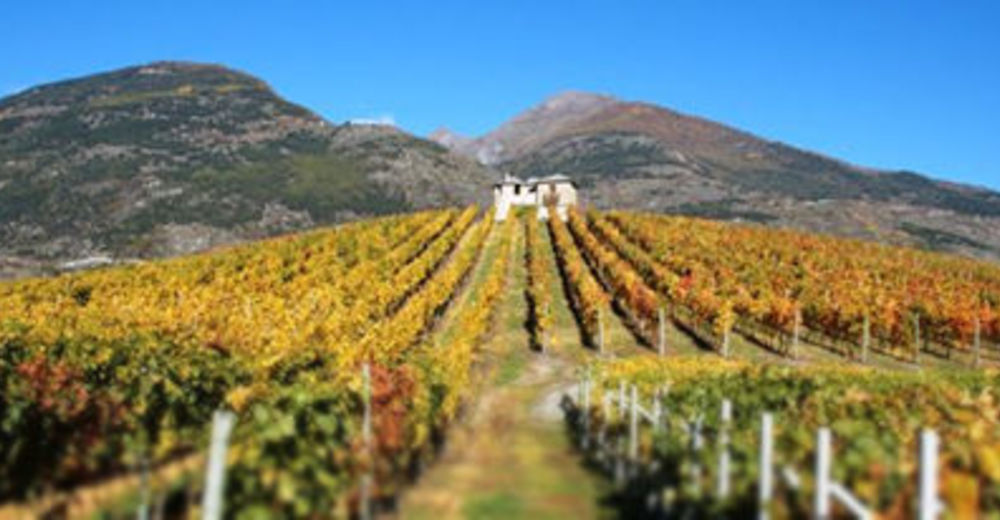 Aymavilles is located at the start of the Cogne valley, in a slightly raised location compared to the central valley, at 646 metres above sea level in a green valley set among vineyards and orchards.

This favourable location has enabled a flourishing wine business, with its production masterpiece being "Torrette" red wine.

The name Aymavilles probably derives from the name Caius Avilius Caimus, who was originally from Padova and a promoter and owner of Ponte di Pondel, built in the year 3 B.C., as demonstrated by the inscription on a keystone.
The Roman bridge-aqueduct, one of the most original and spectacular monuments in Valle d'Aosta, created to cross a deep ravine on the Grand Eyvia River and to use the waters on the left, mountain slope of Val di Cogne in the direction of the Aosta flatland, is 56 metres high, 50 metres long and 2.5 metres wide and has only one arch measuring 14 metres wide.

As well as the Roman bridge Aymavilles also offers a fourteenth-century castle, located on the high ground dominating the landscape. The building is surrounded by a park and contains four, turreted round towers, a main feature of the architecture, making it unique in Valle d'Aosta.

There are two parish churches worth mentioning in Aymavilles: the church of Saint-Martin, built in 1700, and the church of Saint-Léger, built in 1762 on ruins dating from the year 1000. In the latter the frescoed facade is a real work of art; the Romanesque bell-tower has two mullioned windows on different levels and is crowned by a spire. 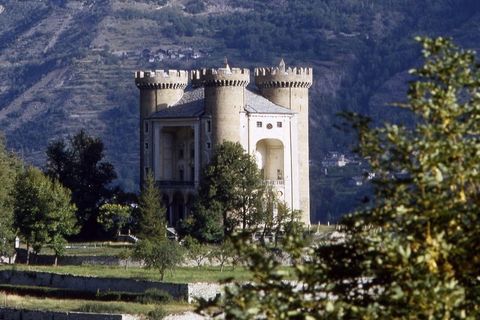