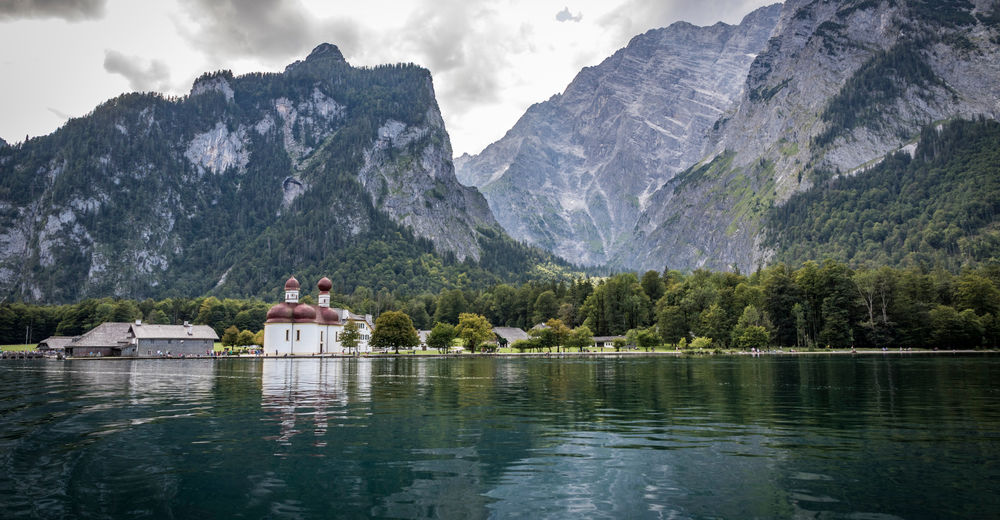 Lake Königssee
with its crystal-clear emerald-green water and mystifying atmosphere is probably the most beautiful lake in the Alps region.
Innumerable fish swim its depths and its surface reflects the rocky walls of the Watzmann massif.
Königssee's landmark, the chapel of St. Bartholomew, can only be reached by boat. This world-famous church, originally dating back to the 12th cent., lies at the tip of a picturesque peninsula.
Another highlight of the lake is the trumpet - or rather Flügelhorn - tune that echoes back to each boat as it pauses at "echo wall".
This little patch of paradise has attracted artists for about two centuries: a tiny bay at the northeastern tip of the lake is still called "painters' corner", from which yesterday's and today's painters have immortalized this enchanting view of the "King's Lake".

Mt Watzmann
As the second-highest mountain in Germany, it has always attracted mountaineers from near and far. Especially the East Wall of "King Watzmann" remains a challenge for even the best mountain climbers.
It is the heart of the Berchtesgadener Land, as it lies directly in the center of this beautiful holiday region. Vast expanses of green, flowering meadows and fresh mountain air truly make of Schönau am Königssee a fairy-book setting. Rustic alpine farms, cozy inns and comfortable hotels harmoniously blend into its gently rolling hills.
Schönau's landscapes are still steeped in the past. This is probably why Ludwig Ganghofer once wrote:

"He whom God loves, He drops into this land". 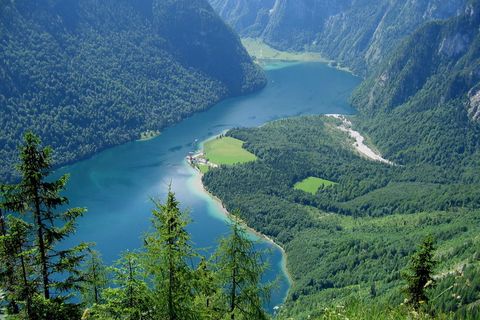