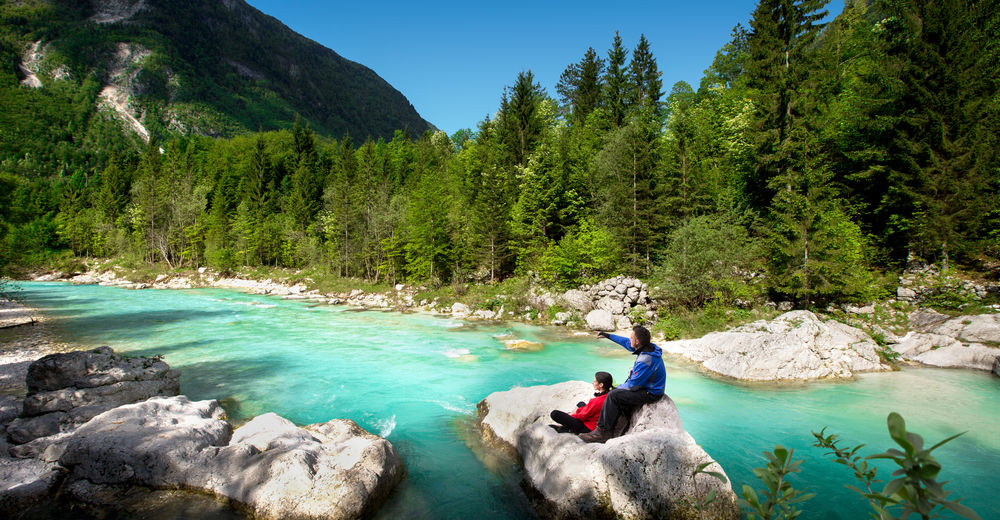 The wonders of the Goriška region include the beautiful Alpine peaks and valleys of the Triglav National Park, the enchanting wine winegrowing areas of Goriška Brda and the Vipava Valley, and the hills around Cerkno and Idrija. One of the most distinctive and recognisable sights of the region is the emerald river Soča.

In the upper part of the valley is the picturesque village of Trenta, which hosts the Triglav National Park Information Office, a museum, and the Julijana Botanical Garden, Slovenia’s most important alpine botany center. The spots beside the emerald river attract seekers of tranquility as well as those seeking adrenalin challenges. Here, numerous water sports are available, from kayaking and canoeing to rafting and canyoning. Visitors can also experience the valley with parachutes, hang-gliders, and mountain bikes. Slovenia’s highest ski center on Mount Kanin is accessible from the valley where the majority of accommodations and restaurants are to be found in Bovec, Kobarid, and Tolmin.

The Posočje Region, which unveils breathtaking natural wonders at every step of the way, also stores shocking memories of the most atrocious battles of World War I. The most important heritage and memorials of the Battles of the Isonzo are now connected through the Walk of Peace and can also be seen at the Kobarid Museum, winner of several national and international awards. which has received numerous awards for excellence. Slightly further to the south of the river Soča lie Tolmin and Most na Soči. In the latter of these two towns archaeologists have discovered Iron Age graves, making it one of the more important prehistoric sites in Europe.

The roads to Cerkno and Idrija run along the river Idrijca. Not far from Cerkno are a well-maintained ski centre and, hidden in an inaccessible river gorge, the Franja Partisan Hospital, recently reopened following renovations and functioning as an open-air museum.

Idrija is home to a world-famous lacemaking tradition, a mercury mine that was once one of the most important in the world, and Gewerkenegg Castle with its museum collections.

Picturesque Goriška Brda, to the north of the city of Nova Gorica, is a winegrowing area that produces some of Slovenia's finest wines. Another interesting town is Kanal, which hosts an annual event involving jumping from a stone bridge into the river Soča.

Nova Gorica is surrounded by many other sights of interest (Kostanjevica Monastery, Sveta Gora, Kromberk Castle, the Solkan Railway Bridge). Not far from the city is the Trnovo and Banjšice Plateau, a wonderful area with its own microclimate, full of folk traditions and interesting natural sights. Towards the east is the green Vipava Valley, a well-known wine district above which paragliders and skydivers from all over the world spread their wings. The most important towns in the Vipava Valley are Ajdovščina and Vipava. Zemono Manor, situated on a hill not far from Vipava, is well worth a visit.

This pleasant region is home to excellent wine - autochthonous varieties that form an excellent accompaniment to the tasty local cuisine. You can sample them in hospitable wine cellars, at osmice (temporary wine shops), on farms and at characteristic local cultural events. 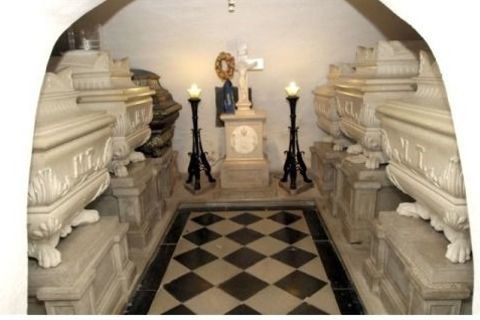 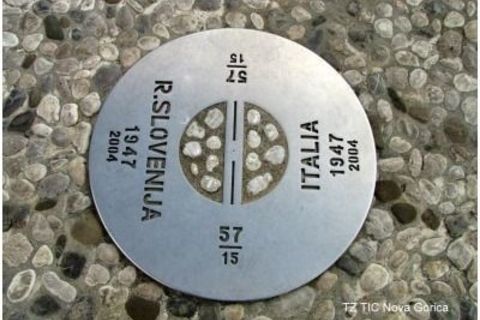